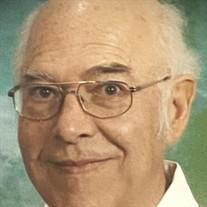 It is with profound sadness that we announce the passing of cherished husband, father and grandfather, Dr. Alvaro T. Figueredo on March 3, 2021, after a brief and severe illness. He is survived by his beloved wife of 58 years, Ana-Maria (née Fraguas), his children, Maria del Lujan (Jeff), Anna Silvia (Doug), Gabriel, and Martin Juan, and his only grandchild, Darcy Aveline. Alvaro was born in Pan de Azúcar, Uruguay to Alvaro E. and Amalia—educators and poets. His younger sister, Silvia, was also a teacher. He met the love of his life at a dance in Piriápolis. They married in 1963 and lived in Montevideo before traveling to the US to complete Alvaro’s residency and specialty in medicine in Philadelphia and Ann Arbor. He returned to Uruguay in 1973 but left soon after, landing in Ottawa, to pursue his career as a medical oncologist. In 1975, Alvaro and his family moved to Hamilton where they lived many years before ultimately residing in Ancaster. He spent over 30 years practising at the Juravinski Cancer Centre (formerly Hamilton Regional Cancer Clinic) and was an Associate Professor at the McMaster University Medical School. He retired in 2015. He enjoyed nature and being outdoors, taking long walks, spending time with family and friends, reading prolifically, listening to classical and Spanish music, playing Sudoku/crosswords, and dancing the tango with his wife. Respected by his colleagues, valued by his patients, and adored by his friends and family, Alvaro was appreciated for his intellectual curiosity, kindness, humility, generosity, humour, good nature and loyal friendship. Words cannot express how much he will be missed. Due to COVID restrictions, there will be no service. In lieu of flowers, donations are appreciated in Alvaro’s memory to the charity of your choice. “Era un miércoles amargo y al pie del mar verdadero. … Yo estaba solo y miraba al mar con ojos ajenos. … De mar en mar se escuchaba el llanto de un campanero. El mar estaba en el mar y el mar estaba en mis sueños.” Excerpt from “Romance a Abel Martín” by Alvaro Eugenio Figueredo

It is with profound sadness that we announce the passing of cherished husband, father and grandfather, Dr. Alvaro T. Figueredo on March 3, 2021, after a brief and severe illness. He is survived by his beloved wife of 58 years, Ana-Maria (née... View Obituary & Service Information

The family of Dr. Alvaro Tell Figueredo created this Life Tributes page to make it easy to share your memories.

It is with profound sadness that we announce the passing of cherished...

Send flowers to the Figueredo family.