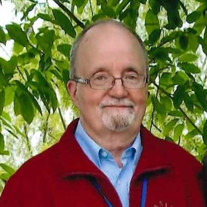 After a life well lived, Brian passed away peacefully at the Juravinski Hospital on Monday April 18th at the age of 74. A gentle, patient man of quiet disposition, Brian always chose his words carefully. He courageously endured his battle with ALS for 10 months. Ann, his wife, of 44 years, was forever in love with and devoted to Brian. He made her complete and a better person. He was a dependable and loyal friend and a fabulous partner. He was predeceased by his loving parents Verna and Harry LeGrow. He leaves behind a much beloved “baby brother” Michael (Barb), sister-in-law Gizelle Italiano, nieces Grace Centritto (Nick), Suzu Renaud (Paul), and Brandy Harley (Glen), nephew Mark Italiano (Sandy), great-nephews Nicholas (Miranda), Nathan, and Michael, great nieces Theodora and Jessica, special cousins Birthe and Steffi (Hamburg Germany), Pat (Jerry) Passmore, Randy Churchill (Kathy), Bill LeGrow (Velma), Mary LeGrow, Bob Scrymgeour, Susan (Chris) Noble, Jack Scrymgeour (Cheryl), and Jamie Scrymgeour (Carol). Brian graduated from Ryerson Polytechnical Institute (now Ryerson University) in Radio & Television Arts in 1968. He enjoyed a long career in various communications positions with the Ontario Government. His favourite - and one in which he excelled - was speech writing. His jobs brought him many lifelong friends that he treasured. Brian loved travel, live theatre, concerts, spending time with friends & family. He was an ardent reader, and talented musician. Although not sports-minded, he enjoyed watching baseball and Bundesliga soccer. He and his mother were devoted Toronto Blue Jays fans who watched a game every Saturday. He was a devoted son to his parents and especially to Louis, his father-in-law. A lover of cinema, the Oscars were the highlight of the year for Brian. He would keep track of the winners and spend countless hours attending movies with Ann. He would prepare for an Oscar party or Canada Day by organizing quizzes and preparing prizes. Brian was also a proud member of the Canadian Legion, joining as a tribute to honour his great-grandfather’s sacrifice in the First World War. That was his special interest. His love of music led to his introduction to drums at the age of 16. He began his drumming “career” when he moved to Stoney Creek in 2005. His first band was “The Shades” (Brampton), then “The Classics” and the most recent was “Forever Young” (Stoney Creek). He was so proud to be asked to join the band and play at a few gigs in Hamilton – and liked to call himself a “professional musician”. In fact, he was an encyclopedia of music able to identify any song from the first few notes. He also had an obscure knowledge of trivia and loved the challenge of crossword puzzles. But his greatest gift was his sense of humour which never failed him, especially at the end. He employed that humour and wit in his yearly LeGrow-Herman Chronicles which he and Ann started when they moved to Stoney Creek from Toronto in December 2005. He was a good man and he will be missed. Special thanks to the staff at the Juravinski Hospital ICU team, Ross Jamieson, Stacey Domoulin, Leigh-Ann Niven, Antony Yip Chuck, Jin Woo Shin, Gordana Lukovic and all who made his life a little brighter. His private nurses Denzelyn, Michelle, Cindy, Glenisha, Cathy and Julie from Access Personal Support. In lieu of flowers, donations to the Salvation Army Food Bank, and Homeless Shelters would be appreciated. As well, Ann asks that you “donate” a hug and kiss to those closest to you in memory of Brian. Never underestimate the power of a hug and kiss until the ability to give it to a loved one is taken away. Cremation has taken place. A Celebration of Life will be held at a later date to be announced. “May his memory be a blessing “ https://salvationarmy.ca/ https://www.goodshepherdcentres.ca/donate/

After a life well lived, Brian passed away peacefully at the Juravinski Hospital on Monday April 18th at the age of 74. A gentle, patient man of quiet disposition, Brian always chose his words carefully. He courageously endured his battle... View Obituary & Service Information

The family of Brian King LeGrow created this Life Tributes page to make it easy to share your memories.

After a life well lived, Brian passed away peacefully at the...

Send flowers to the LeGrow family.