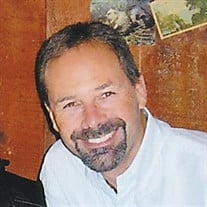 Dan's engaging smile, wit, laughter, and fun-loving nature are what his friends, family, and acquaintances will miss most. He fought a short battle with brain cancer and passed away on Tuesday, August 20th, 2019, after witnessing the marriage of son Bryan to Olivia on Monday, followed by a ceremony honouring the future marriage of son Trevor to Nicole on Tuesday. These joyous events all took place at Dan's bedside with his wife Adele and dear friends. Thanks to the amazing staff at the Juravinski ICU for making this possible. Dan lived his life with integrity and passion. He transferred his passion for sports to his sons whom he coached in hockey, baseball, and basketball. He was a diehard Raptors fan for 26 years and thrilled with their NBA title. His other interests included golf, music, crosswords and Sudoku, travel, trivia and the Florida sunshine. Dan was the owner of Advanced Battery Systems in Burlington, and was admired by his employees, customers, and suppliers for his integrity and leadership. He recently became a mentor with the Futurpreneurs program, and was very enthusiastic about this new role. Dan is survived by his wife Adele, his sons Trevor (Nicole) and Bryan (Olivia), his siblings Betty (Peter) Erb, John (Kelly) Schiedel, and Barb (Terry) Patten, and his step-brothers Gord (Fran), Don (Deb), and Richard (Anne) Kaster. His many nieces and nephews and their children will miss being teased by Uncle Dan. His absence is also felt by Adele's extended family and friends. He was predeceased by his parents Ruth and Earl, and his stepdad Len Kaster. The family is hosting a visitation at their home in Burlington on Monday, August 26th from 2:00 p.m. - 4:00 p.m. and 6:30 p.m. - 8:30 p.m. In lieu of flowers, the family encourages donations to the Juravinski Patient Experience Fund, the Oncology Rehabilitation Program, or a charity of choice. Many thanks to the nurses, physicians, therapists and support staff in both the Oncology Rehab program and the ICU at the Juravinski Hospital. A Celebration of Dan's Life and Legacy will be held at a later date.

Dan's engaging smile, wit, laughter, and fun-loving nature are what his friends, family, and acquaintances will miss most. He fought a short battle with brain cancer and passed away on Tuesday, August 20th, 2019, after witnessing the marriage... View Obituary & Service Information

The family of Daniel Earl Schiedel created this Life Tributes page to make it easy to share your memories.

Send flowers to the Schiedel family.