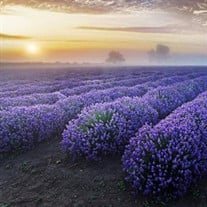 Father, grandfather, son, brother, nephew, and friend, died Tuesday, February 22, 2022, at his mother's home in Dundas Ontario. David, 62, was born in Toronto on July 13, 1959. He was the second child of Marilyn Corbeil/Waters (Johnston) and Henry Joseph Arthur Corbeil. David worked and raised his family in Toronto, later moving to Lindsay, Ontario where his youngest daughter Paige was born and where he lived until his illness, adenocarcinoma of the lungs, took his life in a short 8 weeks. David was a voracious reader, an avid fisherman, and an enthusiastic Jeopardy fan. He loved live music at Hugh’s Room, Folk Under the Clock, and the Blue Skies Music Festival. David mostly reveled in and loved spending time with his kids and grandkids. David is survived by his children Ally Corbeil, (Aiden Labbé and Hannah Corbeil) Joshua Corbeil (Bridgette and Jasper Leask), and Paige Shorey, his mother Marilyn Corbeil/Waters, sisters Michele Corbeil and Emme Corbeil (Paul Wild), nephews and nieces Noah, Levi, and Sydney Corbeil-Wild, and maternal uncle Steve Johnston, and many other aunts, uncles, and cousins and friends. David is preceded in death by his father Joseph Arthur Henry Corbeil, aunts Karen Johnston and Naomi Northeim, and uncle Alan Johnston. A celebration of life will be held on Saturday, March 5th at St. Cuthberts Presbyterian Church of Hamilton Ontario, 2 Bond St. N., Hamilton, L8S 3W1 at 1:00 pm. Reception and light refreshments to follow. COVID masking protocol in place. Donations in David's honour can be made to Renascent Foundation at renascent.ca/donate or by calling 416-847-6444 or to a charity of your choosing.

Father, grandfather, son, brother, nephew, and friend, died Tuesday, February 22, 2022, at his mother's home in Dundas Ontario. David, 62, was born in Toronto on July 13, 1959. He was the second child of Marilyn Corbeil/Waters (Johnston) and... View Obituary & Service Information

The family of David Joseph Henri Corbeil created this Life Tributes page to make it easy to share your memories.

Send flowers to the Corbeil family.