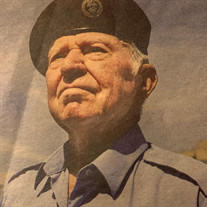 I was blessed to sit vigil and bear witness to a magnificent human as he completed his time here on earth. At 12:37pm, Tuesday, December 1st, 2020 my uncle, James McGill peacefully and stoically took his last breath. The snow gently fell outside his window, the day light flooded his room and the bagpipes quietly played Scotland the Brave beside him. I believe that he took comfort in knowing he was going to be greeted by his beloved wife Emily and precious daughter Linda, who passed away in June 1957. Thank you for being a part of my (our) life. You will be truly missed and forever remembered Uncle Jimmy. May your mind and body become yours once again. 💕🦋🙏🕊💕 James McGill was born in Scotland in July 1928. He lived a life in service Proudly serving in the British Merchant Marines (1942-45), British Army (1946-60) and the Canadian Army Princess Patricia’s Light Infantry (1961-66). Long standing member of The Royal Canadian Legion, Branch 486 Bronte. An honorary lifetime member in the Energy & Chemical Workers Union, Local 593. Lastly and certainly not least a proud Mason since 1962. James McGill will be remembered with much love by his Canadian family: Mary Orr and Dave Gordon Nieces Rebecca Orr & Michelle (David) McMahon. Nephews Kevin (Karen) Orr & Brian (Marianne) Docherty. Great nieces Elizabeth & Molly and great nephews Patrick, Connor, Mathew & Eric. Dearly remembered by all remaining family and friends in Scotland. As per his wishes James has been cremated and when allowed he will be returned & laid to rest in Penicuik, Scotland with Emily & Linda. Deep gratitude to all the staff at Hardy Terrace in Brantford, where he was cared for in the final years of his life. Thankful also to the kind and respectful care of Melanie and Hilary from the Public Guardian & Trustees Office. An honest man here lies at rest, As e’er God with His image blest: The friend of man, the friend of truth; The friend of age, and guide of youth: Few hearts like his, with virtue warm’d, Few heads with knowledge so inform’d: If there’s another world, he lives in bliss; If there is none, he made the best of this. ~ Robert Burns

I was blessed to sit vigil and bear witness to a magnificent human as he completed his time here on earth. At 12:37pm, Tuesday, December 1st, 2020 my uncle, James McGill peacefully and stoically took his last breath. The snow gently fell outside... View Obituary & Service Information

The family of James McGill created this Life Tributes page to make it easy to share your memories.

I was blessed to sit vigil and bear witness to a magnificent...

Send flowers to the McGill family.