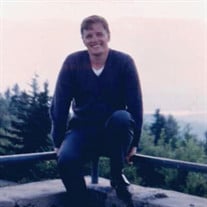 John Otis Kaler died in Hamilton on December 6, 2020 after a short illness. John was born in Worcester, Massachusetts on August 2, 1932, the son of Otis Thompson Kaler and Catherine Ladd Kaler. He was educated at Worcester Classical School and Bowdoin College, where he earned a bachelor’s degree in economics. He served in the US Army in Korea. Upon returning, he worked for the Paul Revere Life Insurance Company and was posted to Hamilton, Ontario, where he met Hilary Spooner, whom he married in 1965. John and Hilary and their three children lived in Worcester, Jonesboro (Georgia), Clear Lake City (Texas), Toronto, and West Hartford (Connecticut) over the course of John’s career with Paul Revere and IBM, before settling finally in Westdale, Hamilton. John leaves his wife Hilary; his children Amy, Michael (Wendy Banks) and Tom (Brandi); his grandchildren Rosamond, Liam, and Tabitha; and his sisters Anne Arndt and Catherine Schumm (Fred). John was fascinated by history and current events, and read voraciously throughout his life. He was partial to golden-age science fiction, Dixieland and swing jazz, and movies of the 1940s and 1950s. After retirement, he pieced together his genealogical chronicle, and at the age of 80 he self-published a biography of his grandfather, the author James Otis Kaler, based on earlier work that he published in Dime Novel Round Up (vol. 69/6, December 2000). He and Hilary liked to travel to upstate New York and the Berkshires in search of historic sites and took advantage of educational programs through universities and Elderhostel. All his life, John kept a copy of the Peanuts cartoon from 1963 where Lucy cures Charlie Brown of his existential angst by saying, “You were born to live in this world, right? Well, live in it, then!” He took that advice to heart, and he will be missed. His family would like to thank the Hamilton-Wentworth Local Health Integration Network for their support of John and Hilary over the past three years. Memorial details will be forthcoming. In lieu of flowers, memorial donations may be made to PLAN Canada (https://plancanada.ca/donate).

John Otis Kaler died in Hamilton on December 6, 2020 after a short illness. John was born in Worcester, Massachusetts on August 2, 1932, the son of Otis Thompson Kaler and Catherine Ladd Kaler. He was educated at Worcester Classical School and... View Obituary & Service Information

The family of John Otis Kaler created this Life Tributes page to make it easy to share your memories.