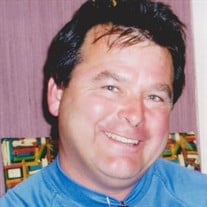 Born in Hamilton, passed away peacefully with his family at his side in hospital on November 2, 2020, as a result of complications from a 2007 spinal cord injury. Predeceased by his mother Beatrice (2005), survived by his father William D. Stewart, his deeply loved sons Daniel, Jacob and Graym, his wife Marion, mother-in-law Margrit Daniel, sister-in-law Sylvia, (Justin), children Rheanna and Jett. He will be deeply missed by his devoted sisters Claudia Stewart, Mary Fackrell (Trevor), nieces Sara (Tom) and Holly, (Craig /Chris) and extended family and friends. We are heart-broken that our son, brother, father, spouse, uncle, with his sharp wit and ability to draw laughter with a quick joke or pithy comment, will no longer entertain us with his poetry, jokes and whistle. Brent wrote poems to honour friends and family which inspired and delighted his subjects - often a family member. His Tribute A Hundred Lines for a Hundred Years for his beloved grandmother demonstrated his admiration for his wee Scottish grandma. Brent’s love of sports was epic. He loved basketball - becoming close friends with most of the ministers in Dundas where he convinced them to allow him to practice and improve his dunking skills. He delighted in attending Raptors games and College March Madness games, creating treasured memories that his sons will forever cherish. He was able to attend one of the last playoff games of the Championship Raptor season in 2019. He loved his Steelers and often dressed to represent his teams to further enhance his enjoyment of sports events. If there were an award for team based fashion statements, Brent would have won it. Brent loved to attend concerts and proudly listed the names of the performers he had seen from A Through Z. He often shared his enthusiasm for sports with a few close friends. Brent learned to work at his father’s knee and went on to take over Martin-Stewart Construction, passed down from father to son. He was fascinated by the architecture of Frank Lloyd Wright and enjoyed travelling to locations to learn more about his work. Brent selected the design of his home based on the work of FLW and decorated his space with mementoes of his travels to see Falling Water, Taliesin, Taliesin West, Florida Southern College, Fredrick C Robie House. Brent was a fan of Ole Blue Eyes teaching his boys to sing Summer Wind for enjoyment at many family dinners. Brent lived his life fully and serves as a role model for his bravery in following his heart to fulfill many of his bucket list adventures despite the many challenges he endured. Our family would like to thank the staff, doctors and nurses of the ICU 3 South at the Hamilton General Hospital for the care and compassion shown to Brent, Mary and our family, during a painful time. You really are our heroes. A celebration of life will take place on Sunday November 8, 2020. Please see details and register by visiting wbrentstewart.com In lieu of flowers, donations can be made to Spinal Cord Injury Ontario. https://sciontario.org/

Born in Hamilton, passed away peacefully with his family at his side in hospital on November 2, 2020, as a result of complications from a 2007 spinal cord injury. Predeceased by his mother Beatrice (2005), survived by his father William D.... View Obituary & Service Information

The family of William Brent Stewart created this Life Tributes page to make it easy to share your memories.

Born in Hamilton, passed away peacefully with his family at his...

Send flowers to the Stewart family.